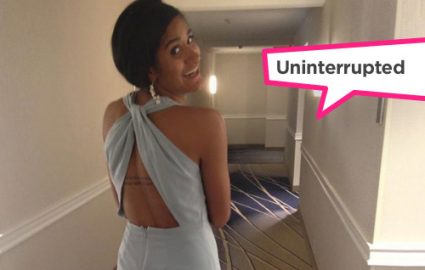 What Can Happen When a Dominican Girl from the Bronx Gets the Right Education? Jess Torres ‘12, the Assistant Press Secretary of the 2016 National Democratic Convention, told her story to Women’s Health Magazine.

Dean Cycon ’75 prefers to be called a social activist rather than a businessman. His coffee business, Dean’s Beans, which buys organically and ethically grown coffee beans from 12 countries, began as an experiment to determine if a company that is wholeheartedly committed to fair trade could also turn over a healthy profit.

END_OF_DOCUMENT_TOKEN_TO_BE_REPLACED

Liz Borowsky is on the cover of Woman Engineer magazine! Read the full issue here.

Vice President Joe Biden has hired Don Graves ‘92 to lead his major cancer research initiative: “Biden often says that there are three kinds of politics: church politics, union politics, and regular politics. But [Don] Graves said he and Biden have learned a lesson together: that there’s a fourth kind of politics — cancer politics — and it can be even more contentious than the rest.” Read the story here.

As the Director of Programs at ArtsConnection, I have the pleasure of working with dedicated artists and staff who provide much needed access to the arts for students in NYC public schools.  We know full well the power of the arts to empower students and foster the skills young people must know to thrive in the 21st century. www.artsconnection.org

SCROLL
Back to Top Ways to Give